I’ve known actor-writer-director James Callis for over 20 years, ever since he came to live with me on arrival in LA in the early noughts. Leaving behind a stellar career on the London stage, including award-winning performances in plays alongside Bob Hoskins, and on the screen, as the universally loved best friend in the Bridget Jones Diary franchise, James was re-locating to take on the Everest of Hollywood. He would subsequently conquer the small screen with his unforgettable portrayal of Dr Gaius Baltar in the much-celebrated remake of Battlestar Galactica.

But James is also a writer and director, having co-written and co-directed the feature film Beginners Luck starring Julie Delpy. So it was no surprise when he told me he had embarked on recording a dramatization of his emergent novel Morpheus Descending. I first read the manuscript a decade ago and encouraged James to develop it as it embodied many of the qualities James displays in his acting; wit, playfulness, and a mastery of the dramatic flourish. The post-apocalyptic genre it navigates is also a world he knew intimately.

When James asked me to contribute to the project, I leapt at the chance. Having followed its path for a decade, I felt invested in what had now become a.k.a. Blackbird. Besides James’ virtuoso performance, he engaged the copious talents of many of his Battlestar cohorts, including Edward James Olmos, Mary McDonnell, Tricia Helfer and Michael Trucco. It was a thrill to be in such brilliant company.

The resulting work is a seven hour-long, sci-fi opera (almost literally as James had composed all the accompanying incidental and scored music) that was replete with penal colonies, intergalactic warring forces, clones, meta-narratives and identity crises. The next stage of this monumental work is being explored as I write this. Perhaps the ultimate form of a.k.a. Blackbird will be a serialized drama or published as the most epic audiobook in history. Either way, for me, this 2022 Space Odyssey has been the ultimate trip!

We make moving and still pictures, we write, teach and produce. Theatre, Film, TV, and Web are our specialities but we've been known to do print and radio also. View all posts by Cleverality

I wrote a few articles for this publication. When I pull them out I’ll put them up. 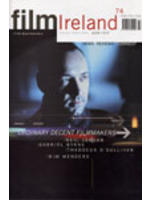